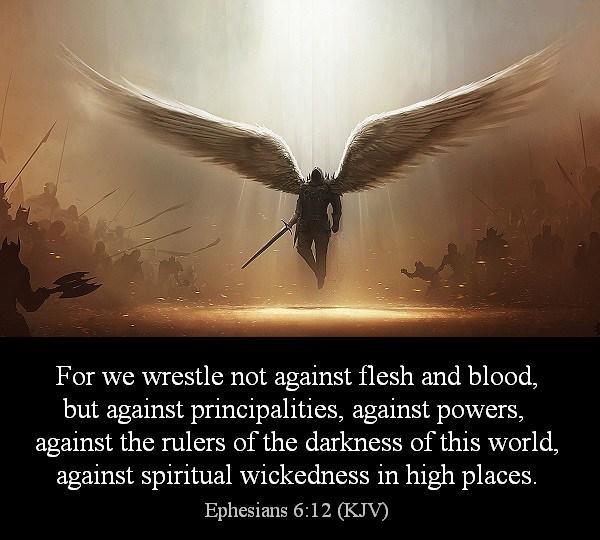 “For our struggle is not against flesh and blood, but against the rulers, against the authorities, against the powers of this dark world and against the spiritual forces of evil in the heavenly realms….. With this in mind, be alert and always keep on praying for all the Lord’s people.” (Eph. 6:12, 18b)

According to the Bible, there is a battle being waged in a realm we cannot see. Though this battle is imperceptible to our five senses, it has a direct impact on our daily lives. It is a war between the living God and dark spiritual forces in rebellion against his authority. In the words of Col. 1:13, it is a conflict between “the dominion of darkness” and the kingdom of God’s beloved Son.

The problem is that Christians often go to extremes with regard to spiritual warfare. On the one hand, there are churches in which the topic is rarely, if ever, discussed – as if everything the Bible says about Satan is pure metaphor. On the other hand, there are believers who obsess over spiritual warfare, indulging in speculative theories and practices not supported by Scripture.

The existence of these extremes, however, should not discourage us from exploring the subject of spiritual warfare, especially as it touches on God’s call for us to be a people of prayer. The Bible has much to teach us about our enemy, his tactics, his defeat on the cross, and the role our prayers play in resisting his attacks.

On Thursday, October 29 at 7:00pm, we will begin a several-week study on spiritual warfare and prayer at the weekly ACC zoom prayer meeting. The link to the meeting is sent by email every Thursday. If you are not on the email list, and would like to be, please contact admin@astoriachurch.org.