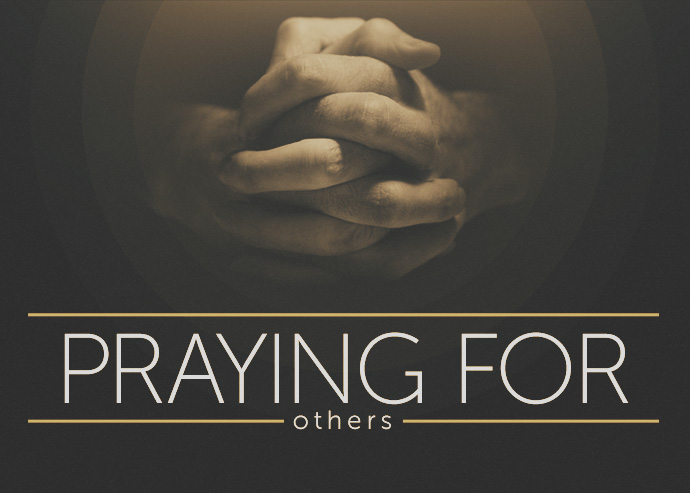 In my blog posts this week, I am quoting portions from some classic Christian writings on prayer.

Today’s quote comes from Prayer and Worship by Quaker philosopher and theologian Douglas V. Steele (1901-1995). In addition to his work as an academic, Steele was heavily involved in the international missions work of his church. He was known for combining quiet contemplation with active, outward service of others. In this passage Steele explores God’s call on believers to serve his purposes by interceding in prayer for the well-being of others.

Prayer for others is a form of petitional prayer that makes deep demands on the faith of an individualistic generation that has so largely lost its sense of inner community. Yet, at no point do we touch the inner springs of prayer more vitally than here.

For when we hold up the life of another before God, when we expose it to God’s love, when we pray for its release from drowsiness, for the quickening of inner health, for the power to throw off a destructive habit, for the restoration of its free and vital relationship with its fellows, for its strength to resist temptation, for its courage to continue against sharp opposition – only then do we sense what it means to share in God’s work, in his concern; only then do the walls that separate us from others go down and we sense that we are at bottom all knit together in a great and intimate family.

There is no greater intimacy with another than that which is built through holding him or her up in prayer. The firm bond that existed between John Frederick Oberlin and his parish was laid each morning in the hour that he devoted to prayer for his individual parishioners. We are told that as they went past his house at this hour in the morning, they did so in quiet, for they knew what was happening there….

An unbeliever once mockingly begged Catherine of Siena that she pray for his soul. She prayed by day and by night, and the power of renovation disarmed and brought him to his knees. I know of a Japanese girl whose father had found a whole chain of reverses too much for him to meet normally and who had taken the alcoholic shortcut. She prayed for him hour after hour until the time came when he yielded, gave up drink, committed his life to the center of Divine love he had experienced, and with the help and love of his devoted family he has continued a new way of life.

It is not a question of changing God’s mind or of exercising some magical influence or spell over the life of another. Before we begin to pray, we may know that the love of the One who is actively concerned in awakening each life to its true center is already lapping at the shores of that life. We do not do it at all.

Such prayer is only cooperation with God’s active love in besieging the life or new areas of the life of another, or of a situation. If you pray for something other than what is in keeping with that cooperation, you go against the grain, and if you remain in prayer and are sensitive, you will realize this and be drawn to revise it. As in all petitional prayer, the one who really prays must be ready to yield.

You may pray for the release of some area of life in a friend and find that you are called upon to set something right in your own life that has acted as a stumbling block to him. You may pray that your friend be given courage to endure certain hardships and find that you are drawn to pack up your bag and go and join him or that you are to give up your pocket money for the next month or even perhaps to give … a month’s salary to help along his cause. In intercessory prayer one seldom ends where one began.