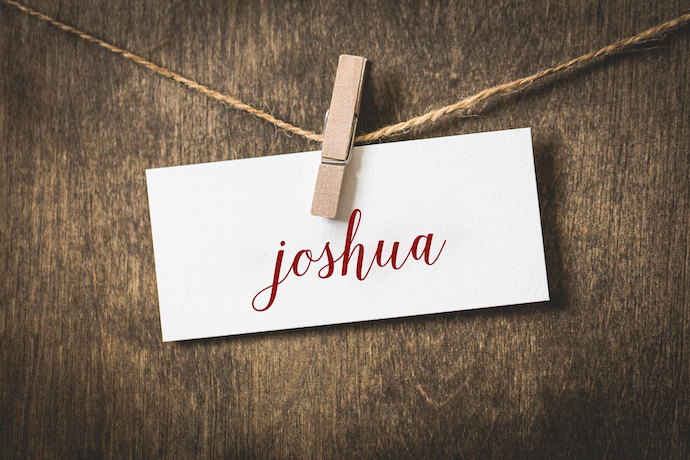 Pastor Jeffrey preached last Sunday from Joshua 24:14-28, a passage in which Joshua challenged the Israelites to make a decisive choice about the ultimate allegiance of their hearts. Joshua said: “Now fear the LORD and serve him with all faithfulness…. But if serving the LORD seems undesirable to you, then choose for yourselves this day whom you will serve, whether the gods your ancestors served beyond the Euphrates, or the gods of the Amorites, in whose land you are living. But as for me and my household, we will serve the LORD.” (vv. 14-15)

Here are a few thoughts about the choice Joshua was presenting to the people, which is the same choice we face today.

1. The choice is unavoidable.

Joshua did not ask the people if they would like to choose a god to serve. He informed them that they must choose a god to serve. This is a reality we all face, whether we consider ourselves religious or not. Every human will inevitably have something that commands the primary allegiance of their heart. Jesus said, “No one can serve two masters. Either you will hate the one and love the other, or you will be devoted to the one and despise the other” (Mt. 6:24). We can give our hearts to the God of the Bible (or of some other religion) or we can give our hearts to something else (career, family, health, art, money, politics, etc.) But regardless of the choice we make, in the list of our life’s priorities something will necessarily fill the first slot.

2. The choice is personal.

Even though Joshua was the leader of the nation, he could not make this choice for everyone else. Joshua could only choose which deity would be served in his household, but as for the others he said, “Choose for yourselves”. This point is more shocking in traditional societies than it is in ours, where personal choice is a cultural value. But it is worth noting that at the final day of judgment each one of us will have to answer for our own lives and whether we lived for God. Our pastors cannot choose God for us, and we cannot blame our parents if we were not raised to have faith. Each person is responsible for the decisions of his/her own heart.

3. The choice is serious.

After hearing Joshua inform them that they needed to choose a god, the people vociferously proclaimed their commitment to follow the LORD. We might expect Joshua to be pleased with this response, but strangely he seemed to try to talk the people out of their decision. “Joshua said to the people, ‘You are not able to serve the LORD. He is a holy God; he is a jealous God. He will not forgive your rebellion and your sins. If you forsake the LORD and serve foreign gods, he will turn and bring disaster on you and make an end of you, after he has been good to you’” (vv. 19-20).

Why did Joshua try to dissuade the people from following the LORD? Didn’t he want them to live for God? Of course, he did. So why didn’t he rejoice in their positive answer? Because Joshua wanted to make sure the people were making this decision seriously. It is easy for any of us to give lip service to spiritual commitments without truly embracing them in ways that will impact our lives.

To warn us against making thoughtless, superficial commitments to his cause, Jesus said:

“Suppose one of you wants to build a tower. Won’t you first sit down and estimate the cost to see if you have enough money to complete it? For if you lay the foundation and are not able to finish it, everyone who sees it will ridicule you, saying, ‘This person began to build and wasn’t able to finish.’ Or suppose a king is about to go to war against another king. Won’t he first sit down and consider whether he is able with ten thousand men to oppose the one coming against him with twenty thousand? If he is not able, he will send a delegation while the other is still a long way off and will ask for terms of peace. In the same way, those of you who do not give up everything you have cannot be my disciples.” (Luke 14:28-33)

4. The choice is urgent.

Joshua said, “Choose this day whom you will serve.” He did not say, “You know, one of these days you are going to have to make a decision.” He pushed the people to decide immediately. Why? Because they were already drifting toward pagan gods (vv. 14, 23) and because no one knows how much time they have left in this world. For any one of us, today might be the last opportunity we have to choose Christ before facing judgment. It would be easy to dismiss this thought as a manipulative ploy, but nevertheless it is true. As the words of an old song by the Winans say:

Tomorrow? Who promised you tomorrow?

5. The choice is not irrevocable.

As noted above, when Joshua addressed the people of Israel some of them had already begun to worship pagan idols (vv. 14, 23). We might think it was too late for these people. They had already turned their backs on the LORD. They had already violated the covenant. But it is beautiful to read that, even though they had made tragic spiritual mistakes in their lives, they were still offered a chance to serve the LORD. Implicit in Joshua’s challenge to them was the offer of forgiveness from God.

We, too, can be certain that, even though we may have drifted from God in shameful ways, if we turn back to him, we will be welcomed with open arms. Our heavenly Father is so committed to restoring his wandering children that he sent his Son to die that they might be forgiven. Joshua’s invitation to his contemporaries is the same invitation graciously offered to us today. “Now then,” said Joshua, “throw away the foreign gods that are among you and yield your hearts to the Lord, the God of Israel” (v. 23). If we respond to this invitation, whoever we are, we will be welcomed, forgiven, and restored. As Pastor Jeffrey reminded us, Jesus chose the suffering and sorrow we deserve so that we might receive blessing and joy when we turn to him.