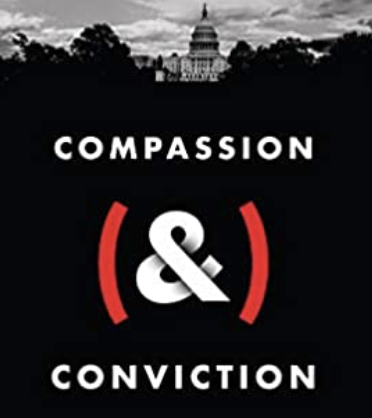 Of the many local churches mentioned in the New Testament, one of the most compelling congregations is the church in Antioch described in the book of Acts. The church in Antioch is notable for its resilience in the face of persecution, its commitment to personal evangelism, its spiritual giftedness, its prayerfulness, its missionary zeal, its compassion for the poor, and its concern for doctrinal purity. (See Acts 11:19-30; 13:1-3; 15:1-2.) But what I find most attractive about the church in Antioch is that the members of that congregation did not fit into a box.

In the 1st Century Greco-Roman world, two basic categories were used to classify people. These categories were “Jew” and “Gentile.” Everyone in the world could be fit into one of those two boxes, and the animosity between these two groups was fierce. But in Antioch, for the first time in history, a faith community formed that fit neither of those descriptions. The Jewish believers who founded that church shared the gospel with their Gentile neighbors, welcoming them into the family of God. This resulted in a body of people who defied description. On-lookers could not call them Jewish, because they were not all Jews. They could not call them Gentile, because that term did not define them either. The members of this church were so unusual, in the eyes of the world, that a new word was invented to describe them. Acts 11:26 says, “It was in Antioch that the disciples were first called ‘Christians.’” These believers did not fit into any existing cultural box. Their commitment to Christ made them so distinct that they could not be pigeonholed into any category understandable to the watching world.

Don’t you wish this were true of Christians today? Our culture wants to fit everyone into a box: Republican or Democrat, conservative or progressive, right-wing or left-wing, red or blue, FOX or MSNBC, “Blue Lives Matter” or “Black Lives Matter.” Wouldn’t it be great if our commitment to Christ made us so unusual that we could not be classified in any of these ways? Think how the gospel might impact our nation if our passion for God’s kingdom surpassed our allegiance to any one political or social cause.

This is the vision held forth in a book we will study this summer. Compassion & Conviction, by Justin Giboney, Michael Wear, and Chris Butler, is a guide to civic engagement for believers who want to participate in the issues of our day without being co-opted by partisan politics.

This book, produced by a Christian organization called “The AND Campaign” (not “either-or” but “both-and”), is designed to elicit thoughtful conversations among believers as they prayerfully seek to engage with issues such as: race, religious freedom, criminal justice, abortion, gender and sexuality, and immigration. The discussion questions listed in the back of the book include:

If you are interested in exploring ideas such as these, I would encourage you to consider participating in the book discussion group. The book, which sells for under $15 on Amazon, is short (130 pages) and easy to read. The group will meet on four Thursday evenings in July and August for discussion. Click here to sign up for the summer book study.

My hope for this book group is that it will inspire us with a vision of being so committed to Christ and his kingdom that we will engage with our culture in ways that are uniquely Christian, ways that display compassion for others while expressing conviction for the truth and righteousness of God. Come read Compassion & Conviction with us this summer. I am eager to hear your thoughts about the book.