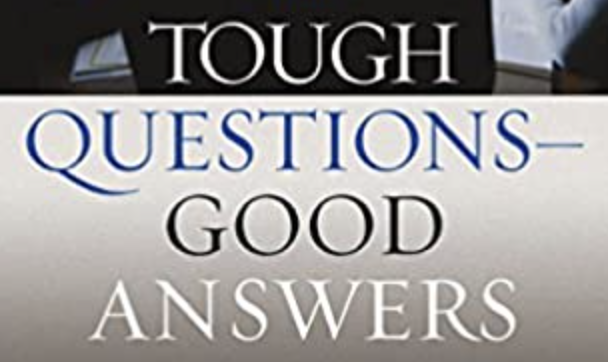 Here are a couple of books that explore tough questions Christians often face as they seek to live out their faith in a post-modern world.

Truth Matters is designed for busy college students. It is short, well-written, and easy to read in a few hours. But this book is not simplistic. The authors offer thoughtful answers to difficult questions. The goal of the book is not to put an end to all debate, but to equip believers with a sense of confidence as they wrestle with challenges to their faith in the gospel.

Truth Matters looks at questions such as: Is the Bible really God’s word? Isn’t it filled with inconsistencies? How did we get the New Testament? Was it compiled through the political scheming of powerful groups? And what about Scripture’s central claim – did Jesus really rise from the dead? How do we know the resurrection isn’t a tale made up by early disciples?

Whether you have grappled with these questions, or not, you can be sure that young people you know will have to face them. These are the kinds of challenges to the Christian faith that are common in high schools, colleges, social media, and the culture at large.

I recommend Truth Matters for any follower of Christ, especially students and their parents.

The question Christian apologists tried to answer fifty years ago was, “Is Christianity true?” Today’s world, however, has moved beyond that question. Now people are asking, “Is Christianity good?” For that reason, Confronting Christianity by Rebecca McLaughlin is especially helpful.

McLaughlin’s approach to these questions is helpful in three ways. First, she is honest. She readily admits ways that Christians have failed to live up to the calling of our Savior, often making his teachings unattractive to the world. Second, she is gracious. Her engagement with the world’s accusations against the Church is neither abrasive nor defensive. (Writing as a same-sex-attracted woman, her defense of the Church’s alleged homophobia is particularly kind and respectful.) Third, McLaughlin is bold. She knows what she is writing about and is unafraid to take on the world’s allegations with confidence and clarity.

Rebecca McLaughlin is a true intellectual. (She has a Ph.D. in English literature from Cambridge and a theology degree from Oak Hill College in London.) Yet her writing style is engaging and accessible for almost anyone. A few hours spent with her book would be a good investment of your time.