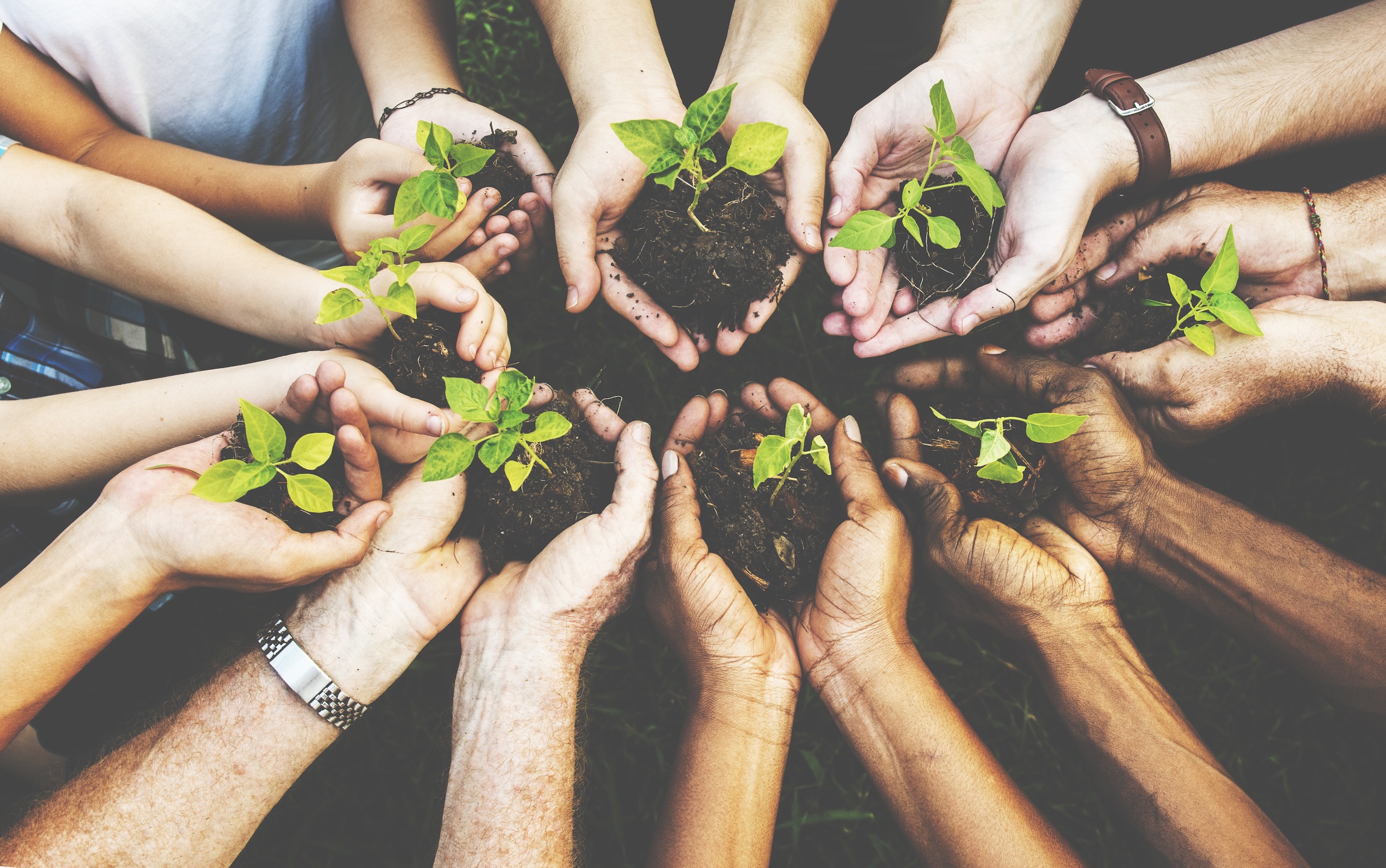 In the first blog in this series, I suggested that Christians must respond to news of global environmental devastation with open minds. In the second blog, I wrote that we should also react with broken hearts.

In this blog, I suggest another response. When we hear news of planetary destruction, as believers in Christ, we should respond with undying hope.

In 2017, Eric Holthaus, a meteorologist who studies climate change, tweeted, “I'm starting my 11th year working on climate change…. Today I went to see a counselor about it…. There are days where I literally can't work. I'll read a story & shut down for the rest of the day…. How am I supposed to do my job—literally to chronicle planetary suicide—w/o experiencing deep existential despair myself? Impossible.” His tweets quickly received thousands of likes and retweets. His words were soon trending on Twitter.

Holthaus is obviously not alone. Many people today feel deep despair over what is happening to our planet. A growing number of couples are deciding not to have children out of concern over global warming. Many teenagers are struggling with depression and anxiety brought about by fears of climate change.

In the face of this widespread despair, the Bible gives us reason to anticipate the future of our planet with great hope.

A common misperception among Christians is that God’s goal for history is one day to airlift his people out of the world before the planet is destroyed, so he can transport us to live in a heavenly realm. But a close look at Scripture paints a different picture. Though there are passages in the Bible that point to the destruction of our present world order (ex. 2 Peter 3:10), God’s final plan for his creation is not to abandon it, but rather to restore it. Romans 8:21 says that “the creation itself will be liberated from its bondage to decay and brought into the freedom and glory of the children of God.” God himself will make his dwelling on earth among his people, announcing “Behold I make all things new.” (See Rev. 21:1-5.) The prophet Isaiah foresaw the coming restoration of the world and described it poetically, “You will go out in joy and be led forth in peace; the mountains and hills will burst into song before you, and all the trees of the field will clap their hands” (Isa. 55:12). All of creation will rejoice in the restorative work of God.

In his children’s book, The Lion, the Witch, and the Wardrobe, C.S. Lewis describes Narnia, a fantasy world under the curse and devastation of sin. It is a world in which many have given into cynicism and despair. But the faithful few who live in Narnia hold on with hope to an ancient prophecy about a noble lion who will someday come to restore their world. The words of the prophecy say:

Wrong will be right, when Aslan comes in sight,

At the sound of his roar, sorrows will be no more,

When he bares his teeth, winter meets its death,

And when he shakes his mane, we shall have spring again.

Christians today hold on with hope to ancient prophecies about Jesus, the Lion of the Tribe of Judah, who will someday come to restore our world. (See Revelation 5.) As we hold onto this hope, we can work for the good of our planet without giving into despair.

Someone might say, “Well, if God is going to restore the world someday, why should we work to preserve it?” Strangely, we would never make such a remark about other aspects of life. No Christian says, “God will someday resurrect my body, so why bother going to the doctor when I am sick.” Nor would a Christian say, “At the resurrection, I will be glorified and set free from sin, so it doesn’t matter if I fight against temptation in this lifetime.” The Apostle Paul explained that it is precisely because of the great works God will perform at the coming of the new age that we strive to serve him now. 1 Corinthians 15:58 promises that, because of God’s plan to restore all things through Christ, our “labor in the Lord is not in vain.” This applies to every form of service we render to God, including the work of caring for creation. Those who engage in creation care are not merely bailing water from a sinking ship. They are investing in a planet to which God is eternally committed.

We should expect God’s blessing to rest on those who engage in any work that brings him honor, including the work of caring for his world. It is never pointless to do the Lord’s work.

We can find encouragement in the effectiveness of past efforts to protect the environment. Policy decisions such as the Clean Water Act (1972), the Endangered Species Act (1973), the Montreal Protocol (1987), and President Nixon’s creation of the Environmental Protection Agency (1970) have made measurable differences in our nation’s forests, lakes, rivers, and streams.

Not only governmental policies, but the private sector, as well, has been effective in helping us discover ways to care for our planet. In a recent interview, Christian environmentalist Bill McKibben has said: “In the last ten years, scientists and engineers have … lowered the price of renewable energy 90%. They have brought down by an order of magnitude the price of solar power, wind power, and the batteries to store that power…. The cheapest way to generate power on this planet right now is to point a sheet of glass at the sun…. The good Lord hung a ball of burning gas 93 million miles away in the sky, and we now know how to use it.”

I grew up near the Jersey Shore, and never remember people seeing dolphins or seals in the ocean when I was a child. Both creatures are frequently sighted by New Jersey beach-goers today. We should not be surprised by these positive results. God loves his creation, and he has appointed us to care for it.

So, how should we respond to reports of environmental crises? Not with denial. Let’s have open minds. Not with complacency. Let’s have broken hearts. And not with despair. Let’s have undying hope in the plans and promises of our God.